Ahmed Musa should get a new club before AFCON qualifiers – Rohr

Sustainability concerns as  Bitcoin soars to new high above $52,000

The Governors of states in Southern Nigeria under the aegis of the Southern Governors Forum just concluded a closed-door meeting at the Government House, Enugu. The meeting had previously been held in asaba in delta and lagos.

Southern Nigeria is made up of 17 states in three geopolitical zones of the country; namely, south-east, south-south and south-west.

As of the time of filing this report, nine governors and seven deputy governors had arrived.

Others are governors Rotimi Akeredolu of Ondo, Adegboyega Oyetola of Osun, Douye Diri of Bayelsa, Dapo Abiodun of Ogun.

The deputy governors in attendance are; Bisi Egbeyemi of Ekiti, Rauf Olaniyan of Oyo, Kelechi Igwe of Ebonyi, Ude Oko-chukwu of Abia, Philip Shuaibu of Edo, Ivara Esu of Cross river and Placid Njoku of Imo.

Anambra state was not represented at the meeting.

The communiqué released at the end of the meeting read in full: The Nigerian Southern Governors’ Forum at its meeting of today, Thursday, 16th September 2021 held in the Government House, Enuqu, Enugu State reviewea tne state or the nation and the progress of implementation of the decisions reached in her previous meetings and further resolved as follows:

1. Expressed satisfaction with the rate at which the States in the Southern Nigeria are enacting or amending the Anti- Open Grazing Laws which align with the uniform template and aspiration of Southern Governors and encouraged the States that are yet to enact this law to do so expeditiously.

2. Encouraged the full operationalization of already agreed regional security outfits; which would meet, share intelligence and collaborate, to ensure the security and safety of the region.

3. Reaffirmed its earlier commitment to Structural and fiscal federalism as resolved at the inaugural meeting of the Forum held on Tuesday, 11th May 2021 at Asaba, Delta State and emphasized the need for the Southern States to leverage the legislative competence of their respective State Houses of Assembiy as well as representation in the National assembly to pursue its inclusion in the Nigerian Constitution through the ongoing constitutional amendment.

4. Following from paragraph 3″ above, the meeting resolved to support the position that the collection of VAT falls within the powers of the States.

5. Expressed satisfaction with the handling of issues around the Petroleum Industry ACT (PIA) and ownership of Nigerian National Petroleum Corporation (NNPC) by the larger Nigerian Governors’ Forum.

6. Reiterated their earlier position that the next President of Nigeria must come from the Southern part of Nigeria in line with politics of equity, justice and fairness.

7. The Forum thanked the host Governor, Rt. Hon. IfeanyiUgwuanyi, and chose Rivers State as the next host for the Southern Governors’ Forum meeting in November 2021. 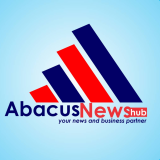 PLACE YOUR ADS WITH US

Abacus News Hub is a popular online news portal. We source for technical and digital content for our  audience around the globe. You can reach us via email or phone.